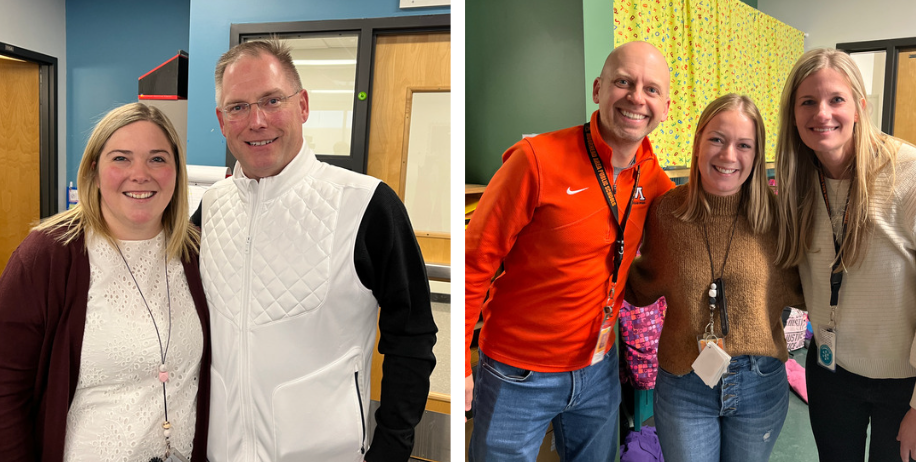 Two S.G. Reinertsen Elementary kindergarten teachers were surprised with the Spud Spirit Award right after winter break. Hailey Verworn and Courtney Grout were both nominated by current and former parents. 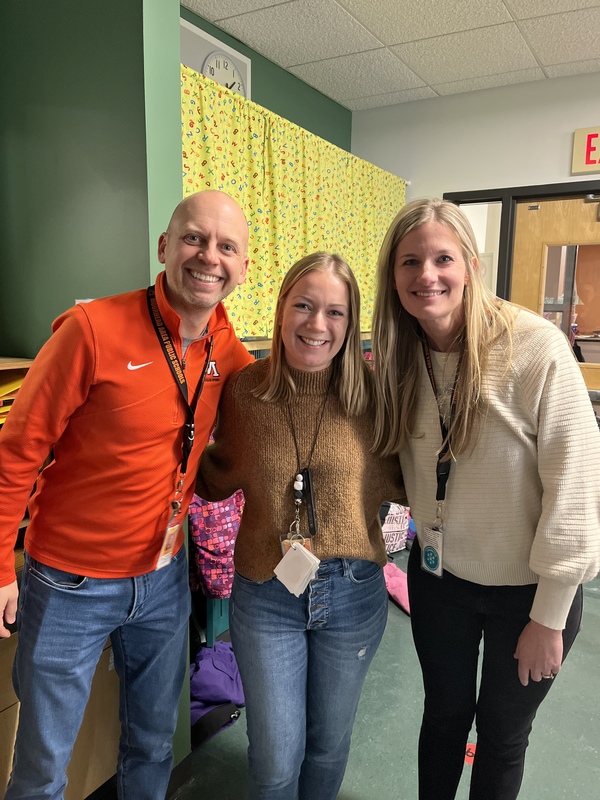 Verworn's nominator described her as hard working, dedicated, thorough and thoughtful. Her warm and welcoming classroom creates an effective learning environment for her students. Students flourish in Verworn's classroom because of her thoughtfulness and extra touches to help students feel seen and loved.

The parent highlighted that Verworn has well-established routines and procedures in her classroom. She focuses on pointing out the positives in students to build their self esteem and sense of community in her classroom. Specifically, this parent said she goes above and beyond to keep parents informed. For example, on the third day of school Ms. Verworn sent a detailed email about how their child had interacted with classmates and made the class laugh. It was evident that she had already gotten to know their child and they appreciated the fact that she took the time to write the email. 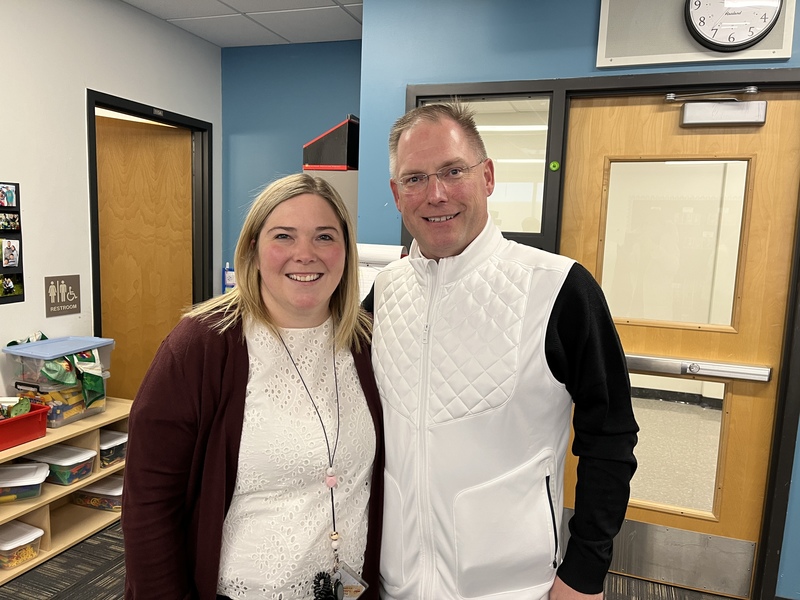 Grout was also nominated by a parent, who had two students in her class. One of the daughters left her class with more confidence and a love for reading. The other daughter would shed tears over the weekend because she missed her teacher so much. This parent described Ms. Grout as the BEST teacher who is extremely kind and caring. The nominator claims she loves her students as much as a family member would. She teaches her students to listen and respect their peers and teaches in a gentle and effective way.

When the school year ended, Grout mailed a book with a sweet note. That note meant so much to the student, she kept it on her nightstand all summer. Not only is she great with her students, but this parent always felt in the loop as to how her children were doing in the classroom and never felt rushed or like an interruption.