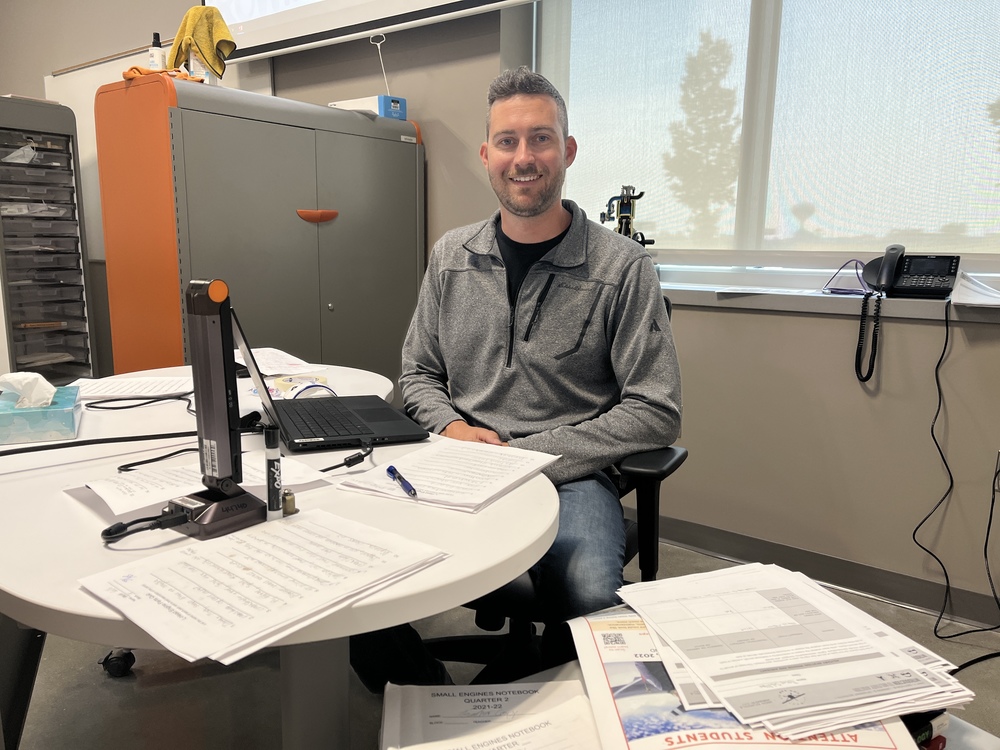 Outstanding New Educator of the Year

Although Clancy worked in the private industry for over ten years, he considered going into education during college. “I started school to become a science teacher, but I enjoyed working with my hands,” he said. “My dad is an aircraft mechanic, so I wanted to follow in his footsteps.”

Clancy’s best friend since first grade, who works at the Moorhead High School Career Academy, mentioned there might be a teaching job opening in the aviation and small engines program. As soon as he saw the position open, Clancy applied.

He took his experience and passion for working on planes into the classroom. In his aviation class, Clancy divides the time between lectures and hands-on projects. “We have flight simulators, so the kids can get an idea of what it’s like to control an aircraft and how it works,” Clancy says. “It’s one thing for me to tell them how a wing creates lift, but if they get into the simulator they can experience what I teach.”

He also brings practical advice that students can take home, even if they don’t work in the industry. In his small engines class he teaches everyday maintenance of lawn mowers and snow blowers. “By teaching these useful life skills, students will have the basic knowledge to fix things themselves, sometimes saving hundreds of dollars.”

Clancy’s passion for his craft and excitement for his new position led him to be named the 2022 Outstanding New Educator of the Year by the Minnesota State Transportation Center for Success. Joining the classroom has been a rewarding experience. “I had a quiet student that didn’t talk much in class. After he graduated this year, he emailed me,” Clancy says. In the email, the student thanked him for an awesome class and let him know he was his favorite teacher. “It meant a lot to me that the student reached out. It's special to have that kind of impact on that student’s life, regardless of if they go into aviation."

Aviation is one of the programs of study at the newly opened Moorhead High School Career Academy. This building is a new, innovative program that provides students with applied learning experiences that readies them for career and/or college.