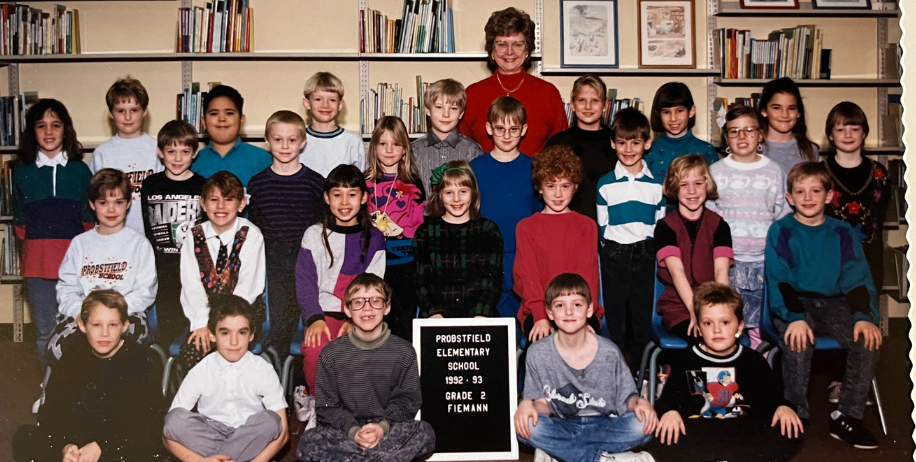 It’s a walk down memory lane for many and a new path for some. The beloved Probstfield Elementary School is back in session. For one employee, it’s an entire history shared with this building. From elementary school 30 years ago, to student teaching in the same building, she has always called Probstfield home.

Early Childhood Program Manager Ashley Nelson not only went to elementary school at Probstfield but has also worked in that building for most of her career. This year she is supervising the E-4 special education program at Probstfield.

Nelson graduated from Moorhead High School in 2003. The summer before college, she worked as a paraprofessional at the high school. Nelson enjoyed it so much that she worked as a para every summer and changed her major from pre-pharmacy to education. During her final year of college, she student taught at Probstfield in Early Intervention Services. Nelson long-term subbed for two teachers before joining as full-time teacher in March of 2008. "The first year I taught at Probstfield, I remember finding my second and third grade classrooms," she says. "To this day, I can still place where my desk would have been.” 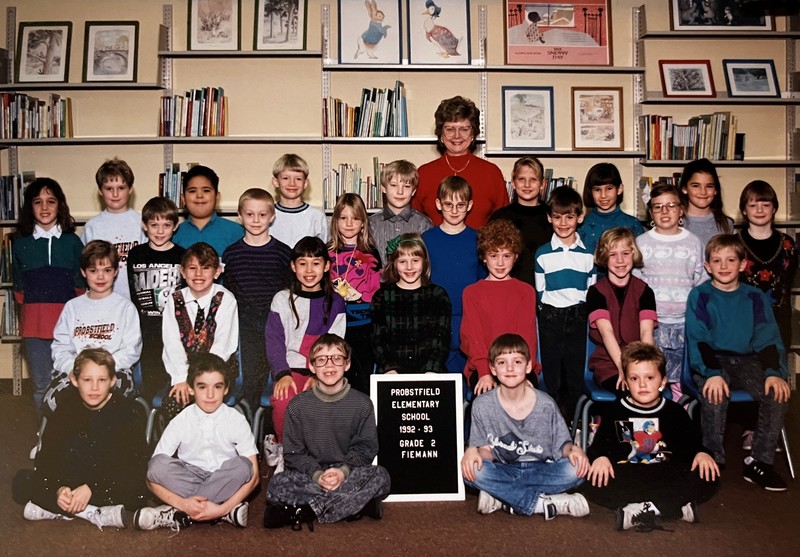 Only gravel roads led to the school when Probstfield Elementary first opened in 1965. It is the second oldest building used in the district and in its seventh decade of use. The school continues to help students flourish and provide for the district and community.

The school is named after  a well-known and esteemed member of the Red River Valley, Senator Probstfield. He moved to Moorhead in 1869, holding several public offices throughout his life. 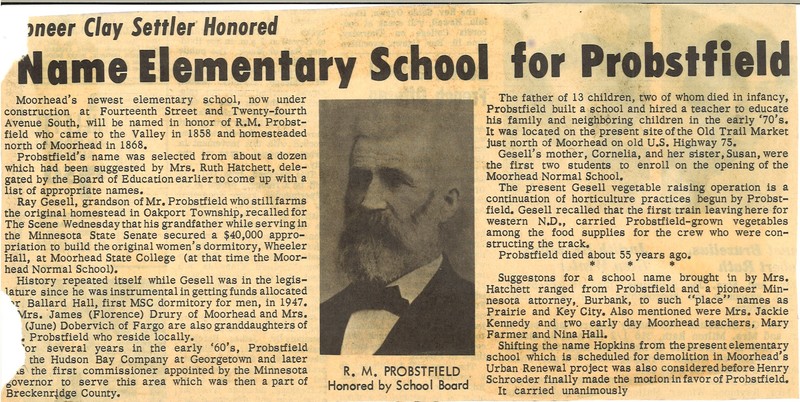 An old newspaper article during the construction of the new Probstfield school.

Over the span of almost forty years, Probstfield Elementary only had two principals. Howard Murray served as principal from 1965-1994, passing the position to Anne Moyano until the school closed in 2004. Students were shifted to the new S.G. Reinertsen Elementary in 2004 and Probstfield housed early childhood education, community education, early childhood family education and the district office.

Nelson says it’s been a positive change having K-4 students in the mix. “Our staff from early childhood interventions have made multiple comments about seeing students they worked with when they were younger,” she states. “It’s heartwarming to be able to see and interact with students we knew four or five years ago. We don’t always get to see the students after they leave our building.” 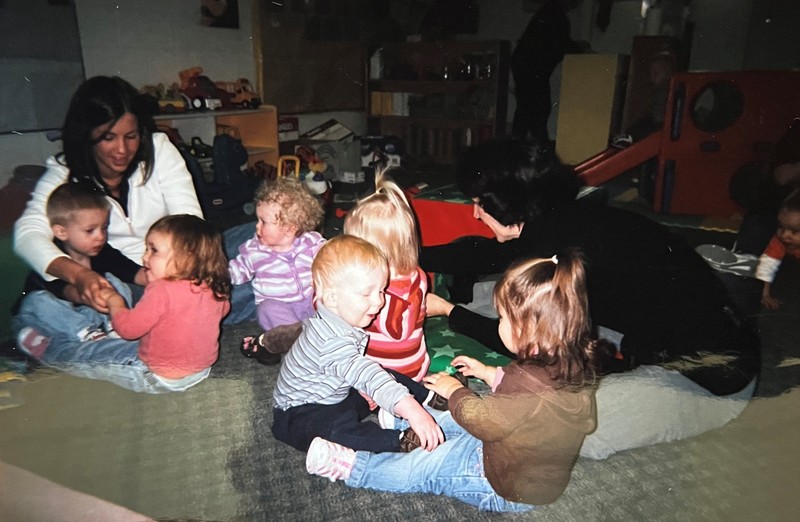 With the growth of elementary enrollment, once again, Probstfield opened its doors for elementary classes. Back to its roots, this building now houses kindergarten through fourth-grade students. Although it has the same set up and features of our other elementary schools, Probstfield is a much smaller scale with a student population of 265 compared to 650-750 students across other elementary buildings.