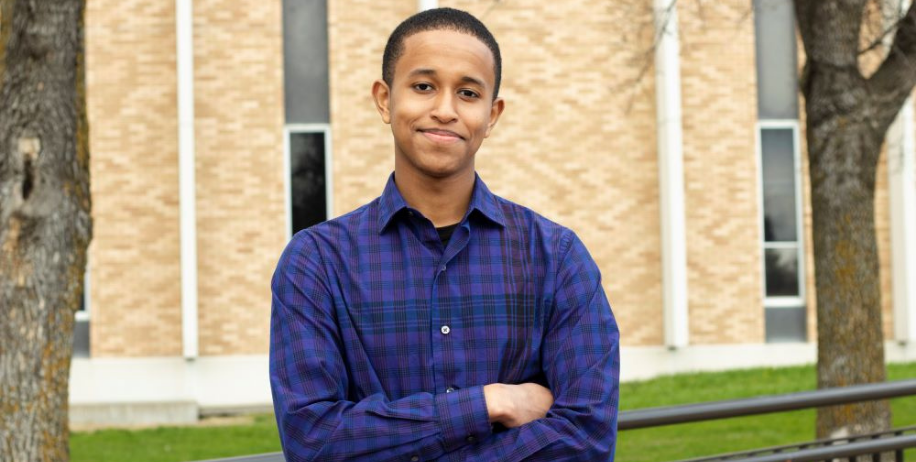 Moorhead High School senior Mohamed Mustafa has three younger siblings. Their health and safety was his driver when he decided to enter a contest about the dangers of vaping. “I wanted to erase vaping before they were old enough to be tempted by it,” Mustafa said.

This state-wide contest had over 260 entries from more than 70 schools. Over 1,900 people voted online to choose the winners for each division. The video contest asked Minnesota middle and high school students to create and submit a 30-second public service announcement video to educate their peers on the dangers of vaping. 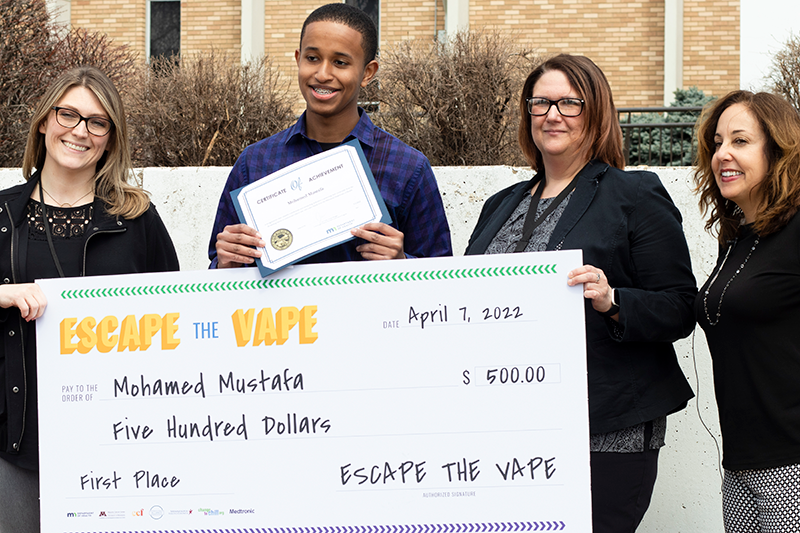 Not only did he enter the contest, but Mustafa also won. He first learned about the contest when he was attending a community gathering hosted by his father’s non-profit organization where he spoke to others about the dangers of vaping for high school students. Karen Nitzkorski, the workplace wellness and school coordinator at PartnerSHIP 4 Health, happened to be in attendance. “Mohamed said he wanted to do something to help with the problem for his siblings,” Nitzkorski said. That’s when she encouraged him to enter the Escape the Vape contest because of his passion for change and video skills.

Before high school, Mustafa started a YouTube channel. His videos featured him asking strangers meaningful questions. “Now looking back, some of my videos are cringy, but I got better through practice and teaching myself,” he said. Mustafa was getting a positive response from viewers. With his fine-tuned video skills and a passion to make a difference, Mustafa got started on his entry.

“At first I wanted to do a documentary-style 2-minute video, but after reading the rules I had to pivot my concept,” he said. Mustafa landed on a theme that would connect with high school students - extracurricular activities. He featured sports, arts and more and highlighted the impact vaping can have on a student’s life.

Through filming, he met a lot of new people. Everyone featured in the project, except for one person, was a stranger to him.  “I do really well in getting to know new people,” Mustafa explained. He also worked with art teacher Grady Carlson who was more than willing to help. Carlson let him use his classroom and film students making art.

Although this Spud is passionate about filmmaking, he is not sure what part it will play in his future. Mustafa plans to attend Concordia College to get his degree in nursing. He currently works as a CNA in pediatrics. He loves helping kids and looks forward to a career in the medical field.

Watch WDAY TV News coverage of Mustafa receiving his award from the Minnesota Department of Health.