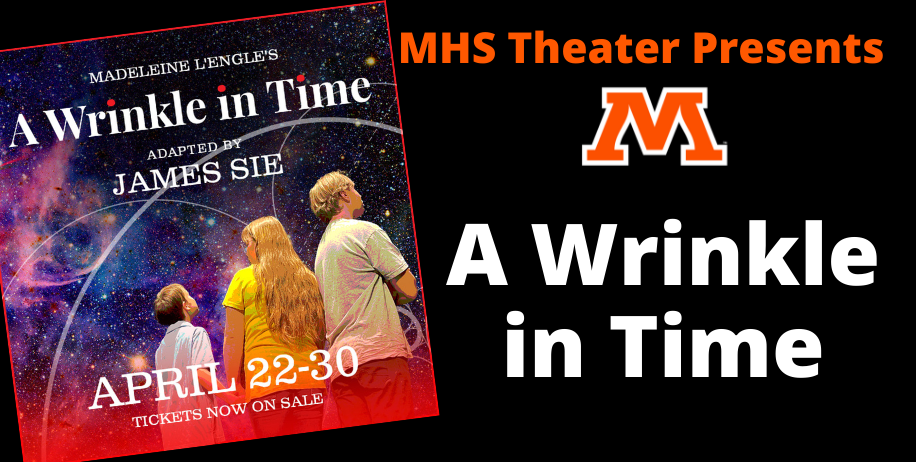 MHS Theater announces its upcoming production of “A Wrinkle in Time,” adapted by James Sie. Directed by Jon Leiseth, the play is based on Madeleine L’Engle’s classic novel by the same name.

The play follows the story of Meg Murray, an awkward, nerdy and fiercely independent teenager who is often filled with doubt. Meg sets out on a cosmic journey to search for her missing father along with her genius little brother and their new-found friend, Calvin. Guided by three mysterious, magical and outlandish "witches," Meg becomes the unlikely hero in a battle with evil, armed only with her faults. The characters come to know there is a time when only love can make worlds of difference. This MHS production celebrates the publication anniversary of Madeleine L'Engle's well-loved, Newbery-award winning young adult novel.

Tickets are available online at www.moorheadschools.org/tix. Ticket prices are $8 for students and $10 for adults. Tickets will also be available at the door.