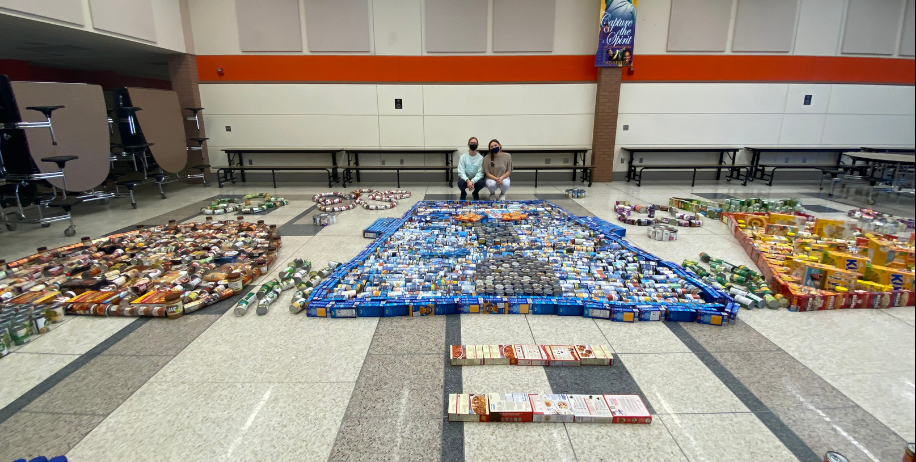 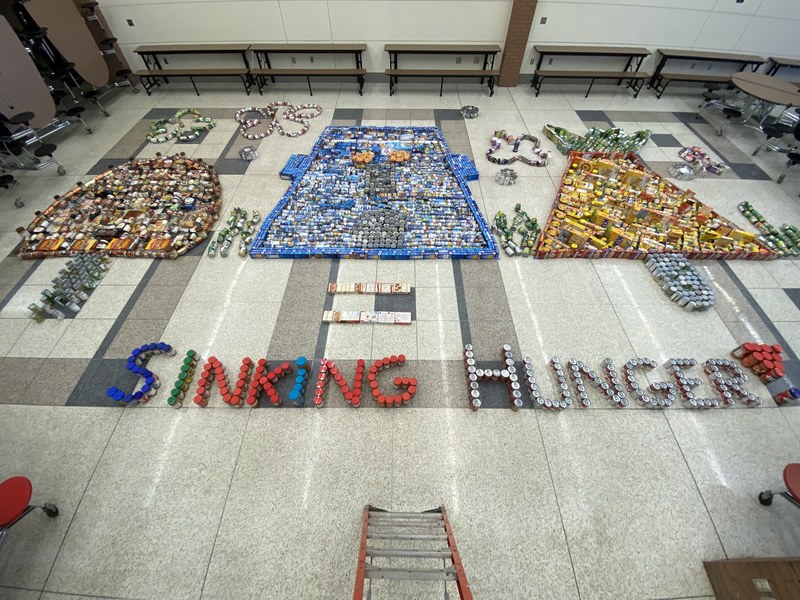 Fill the Dome is a student led, week long event held every fall.  This enormous drive to sink hunger involves students, staff and families at every level all across the district. Two Spud seniors led Moorhead Area Public Schools in collecting over 15,000 canned and dry goods for Great Plains Food Bank. Evie Kenkel and Megan Wilke were the brains and the enthusiasm behind the successful drive.

“It’s inspiring and eye opening to see how big of an impact an event like Fill the Dome has on our community," Kenkel says. Area students started this annual event in 2007 as a fun and collaborative way to collect food donations. Now 14 years later, the event has provided 4 million meals to feed hungry families.

Fill the Dome may be a week-long event for many, but for Kenkel and Wilke it’s a project that has been in the works for months. After accepting the responsibility as co-leaders through the student council, the duo went to work. Kenkel and Wilke met weekly with the advisors and student ambassadors from other schools. They worked together to come up with plans for the food drive. The girls also coordinated two more events to collect as many donations as possible. 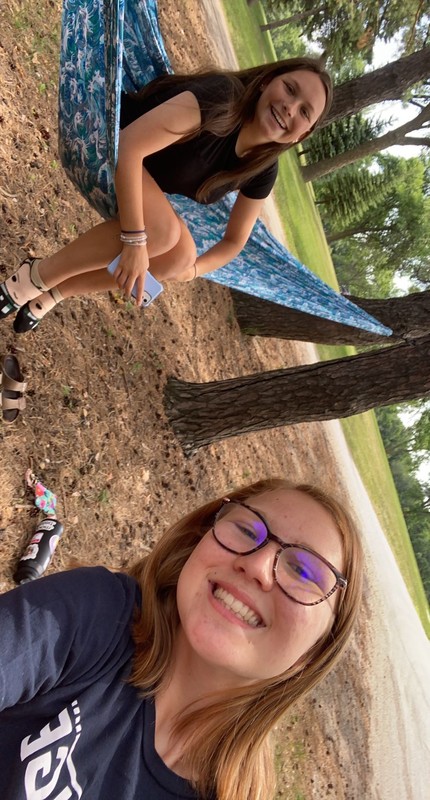 In addition to leading the Fill the Dome effort, both students stayed active in extracurricular activities and work. Wilke participates in student council, vocal jazz, carolers, National Honor Society, is senior class president and works at the afterschool program at St. Joseph’s. Kenkel is in choir, student council and works as a nanny.

As the final week of Fill the Dome approached, their workload continued to grow. They planned and coordinated every day. Kenkel and Wilke worked with principals from every elementary school, dropped off boxes, and coordinated pick up and collection of all the cans and donations. While this may seem like an overwhelming amount of work, they relied on each other. “We work together to make things happen,” says Kenkel. “We’re definitely a great team,” confirms Wilke.

Final donations were collected at the end of November, so Kenkel and Wilke have had time to reflect. “We’ve been working hard at this for a very long time, and it's definitely paid off,” Wilke says. Through their leadership, Moorhead Area Public Schools donated over 15,000 canned and dry goods. Student council delivered the donations to the Great Plains Food Bank. “Knowing that our donations will be providing for so many families is amazing. I didn’t know our impact could put that many meals onto tables,” Wilke explains.

“There were some unique challenges they maneuvered beautifully this year. Fill the Dome is a huge project to manage, involving every school in our district, and they knocked it out of the park,” says Moorhead High School teacher Tina Bentz. Over 75 percent of the donations came from the elementary schools and middle school combined. The success of the project wouldn’t have been possible without students, staff and families coming together to plan and donate. Fill the Dome truly involved every school in the district.

On Dec. 9, the Minnesota State High School League announced that Moorhead High School is this year's John’s Journal Sack Hunger campaign winner because of their hard work throughout the Fill the Dome campaign. Beginning in 2018, this competition takes place each year and includes schools all over the state that are collecting non-perishable food items for those in need. Learn more about this incredible recognition here. 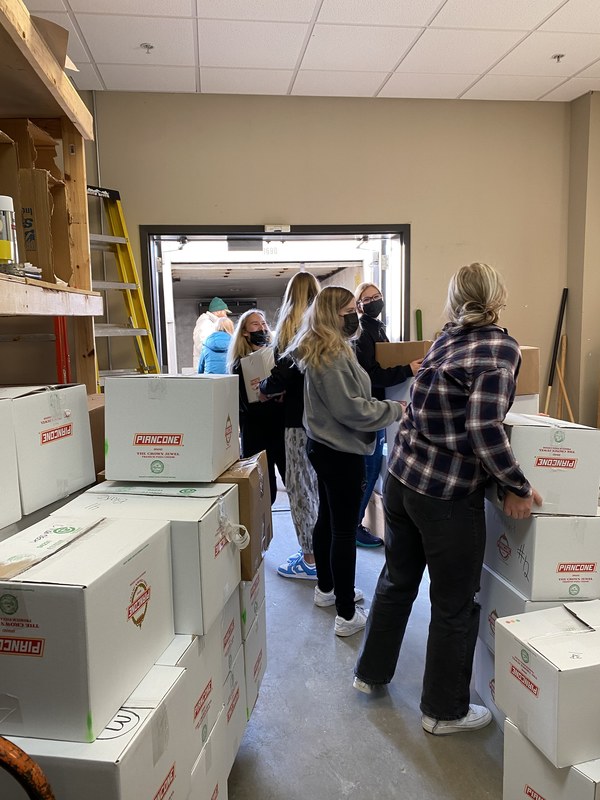 While the event may be over, these student leaders have no plans to stop giving back to others in need. Wilke knows that going into Special Education is her calling and is looking at her college options. Her counterpart, Kenkel, has plans to attend Minnesota State University Moorhead next year. She will be pursuing social work and has dreams of working in a school.

The impact of this event inspired Kenkel more than she expected. Fill the Dome helped her shape her future goals and dreams. "This event showed me how much I love to help others and the type of impact I want to make on the world one day,” Kenkel explains. With a mindset like that, it won’t be the last time you hear about the success of these two fantastic Spuds.