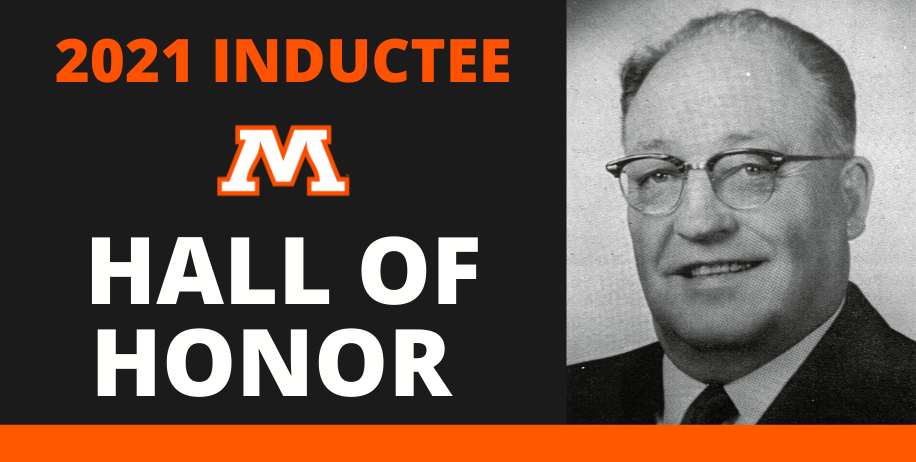 The MHS Hall of Honor Inductee Brunch will be held on Saturday, Oct. 9 at 11 a.m. at the Moorhead High School Career Academy, 2800 27th Ave. S. Tickets can be purchased by calling 218-284-2345 or emailing dsmith@moorheadschools.org.

Clifford Halmrast graduated from Moorhead High School in 1928. During high school he was the captain of the football and basketball teams. He attended Concordia College and graduated in 1932. Following college, Halmrast owned and ran a seed business with a chemical weed control program as well as a Janitorial Supply Company that also contracted janitorial services. Halmrast returned to Moorhead High School in 1942 to teach history and coach football and basketball.

In 1945, Halmrast was in an accident that left him permanently paralyzed. He served on the Moorhead School Board from 1955 to 1965 and is credited with helping pass several bond referendums. Later in life, Halmrast was a champion for local people with disabilities to ensure public areas were accessible by wheelchair. Halmrast was awarded the Rose and Jay Phillips Award in 1968 and the Moorhead High School Athletic Field was named in his honor in 1967.

“The Hall of Honor event is always a highlight of the year for me as we celebrate individuals who embody our mission and our Spud pride,” said Dave Lawrence, MHS Principal on Special Assignment. “We are excited to be able to safely hold the event this year and to recognize both the 2020 and 2021 inductees whose outstanding careers, accomplishments and service are truly remarkable.”

The nominations committee is now considering candidates for 2022. Nomination forms are available at www.moorheadschools.org/honor or Moorhead High School. Nominations may be submitted online by January 14, 2022. Nominations previously received are kept to be considered for future recognition.