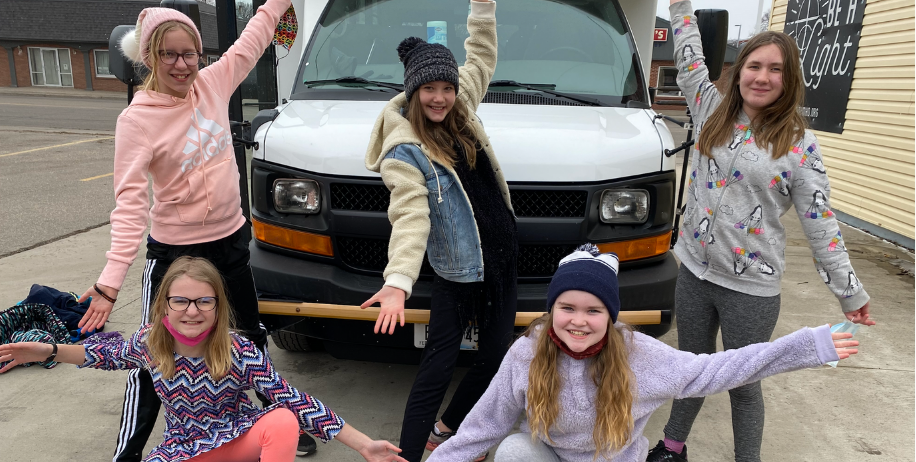 We Are Proud: Destination Imagination, Football and Science Olympiads

We Are Proud is a recognition program to celebrate outstanding achievements of students, staff and community members. These individuals are recognized at the School Board Meetings and shared on social media. Take a look at the high achieving Spuds below!

We are proud of the Destination Imagination teams from Horizon East and West that earned the ability to participate in the virtual Global Finals tournament in June and July of this year.

The team The Big Butter Sticks (above) placed second in the "Case Closed" Improvisational Challenge. Team members are Megan Hartwig and Neveah Kellerman. The team manager is Carrie Hartwig.

We are proud of Trey Feeney who was named the 2020-21 Gatorade Minnesota Football Player of the Year. Feeney is the second player from Moorhead High School to be selected for this award. The award recognizes not only outstanding athletic excellence, but also high standards of academic achievement and exemplary character demonstrated on and off the field. Feeney helped lead the Spuds to a 7-0 record and the Section 8AA tournament championship and finished his high school football career with 6,891 yards and 85 TD passes.

He has also been a member of the Moorhead High Unity Council, has donated his time as a middle school tutor, youth football coach and to the Special Olympics, all while maintaining a 3.85 GPA.

We are proud of the Moorhead High School Science Olympiad team for advancing to the state competition this year. The competition was held virtually on April 10, and the team brought home 5 Top ten finishes, placing 4th in Anatomy/Physiology, 6th in Designer Genes, 2nd in Fossils, 2nd in Ornithology, and 9th in Water Quality.

The team members are, as pictured above, Emma Pranger, Lila Stanley, Lily Kolehmainen, Reid Shynkaruk, Sara Waxler, and Lily Heskin. The team is coached by Angie Jelinek and Jana Kasper.